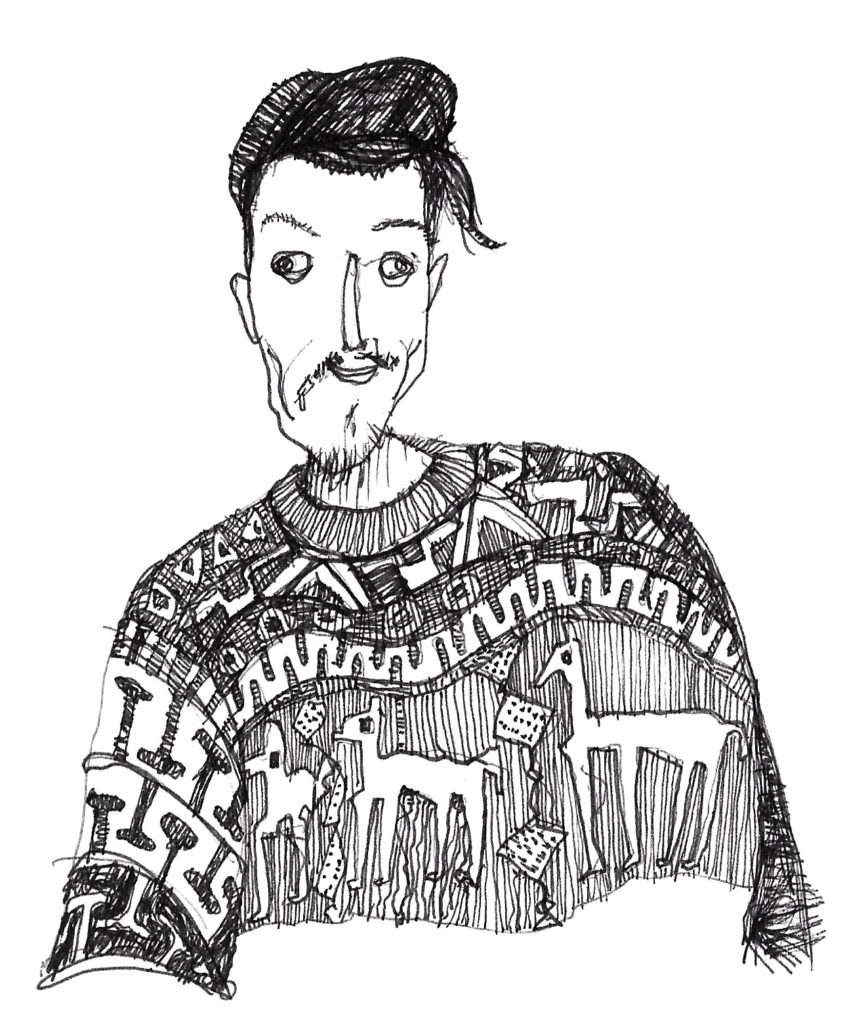 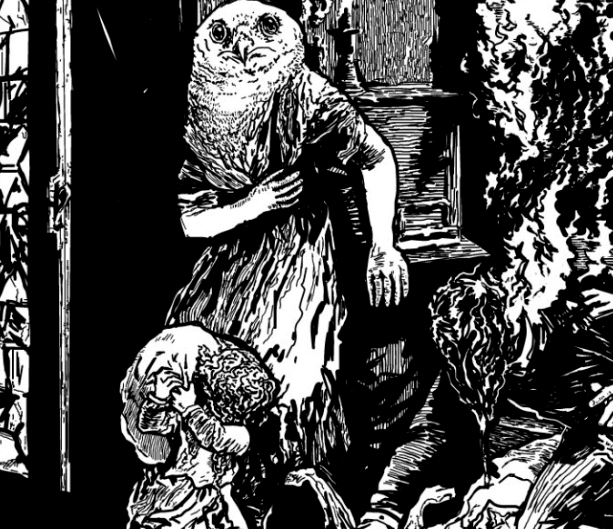 CCZF: Hi Tom, apart from answering this email what are you doing right now?

TM: Editing children’s videos for them. I run an art club and lend them my camera. They seem to mostly make strange surreal comedic tales about murder.

CCZF: Nice
How long have you been doing comics and art and stuff?

TM: I’ve been putting out bits and pieces of comic work for about 3 years. I doubt my name would be recognized. I’ve mainly done comics for art publications, exhibitions, and anthologies. Probably the most publicly notable, is/was Dirty Rotten Comics. They’re a welcome platform for new creators, I’d recommend them for anyone whose currently out of uni and/or lost for direction. It was also doing some reviews and interviews of for them, that got me out into the comics community. Timewise, it still feels like I’ve only just dipped in. Although I did used to draw comics at school (sneaking my friends a glance during breaks or under desks). I vaguely remember one school creation was about how a teacher resembled an emu… and there was a strip about a headless monkey and a toaster with a laser. I did a fan-fic X-men comic at one point too, it was the 90’s so they all had 90’s gritted teeth, fist blobs for hands, and pointy feet (when I wasn’t cropping them out). In terms of fine art, the “professional” stuff I’ve been tinkering with for about 6 years. I’m not sure on my relationship with “the art world”, I’ve stepped away from it all. I came to comics because narrative seemed to offer the audience an entry in a world of exclusion. I love how books allow people to take work around with them too, it’s more personal then white walled galleries. I got into the idea of social / community engagement through a local art collective – predominantly via an artist bloke there called David Dixon. He’s great, but don’t tell him. One of the areas I launched more towards, was working with schools – initially because their access to art was being eroded. I usually adapt or create lessons or clubs, to try and wrestle them some room to use art as a way to take ownership over their learning. 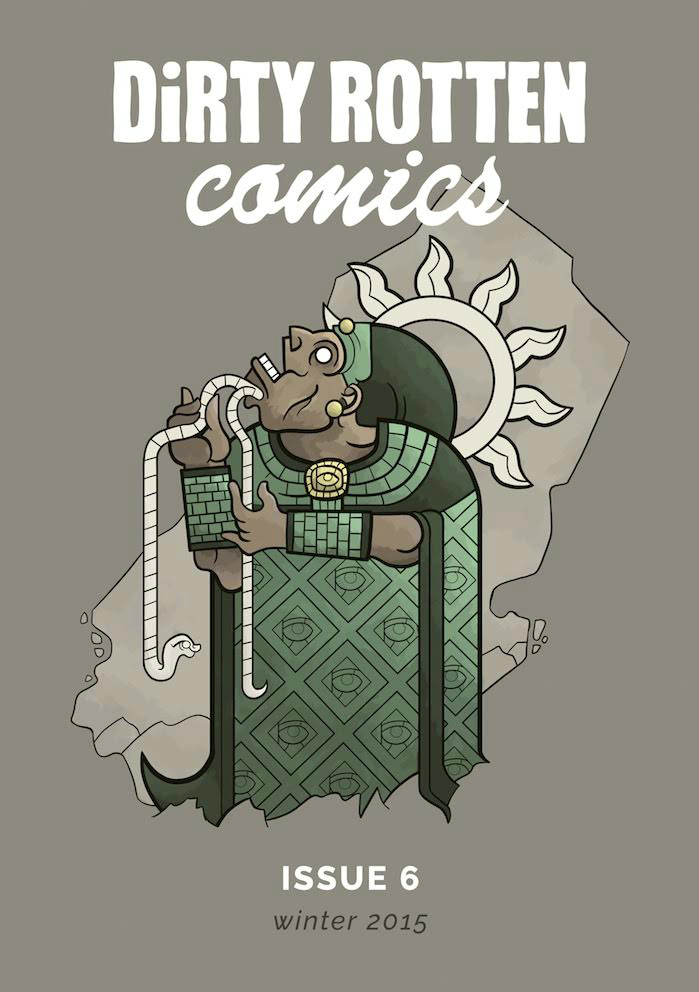 CCZF: Gary and Kirk from Dirty Rotten Comics are great guys. They’ve helped and encouraged Stanley and I beyond the call of duty. They have submissions open now I believe.
We find that Gary and Kirk can be very tricky to tell apart however. The way  we do it is to remember that Gary begins with a G and so does glasses. And Gary wears glasses. It may seem long winded but it works.

In order of preference, what are your three favourite soups? We are compiling a chart. 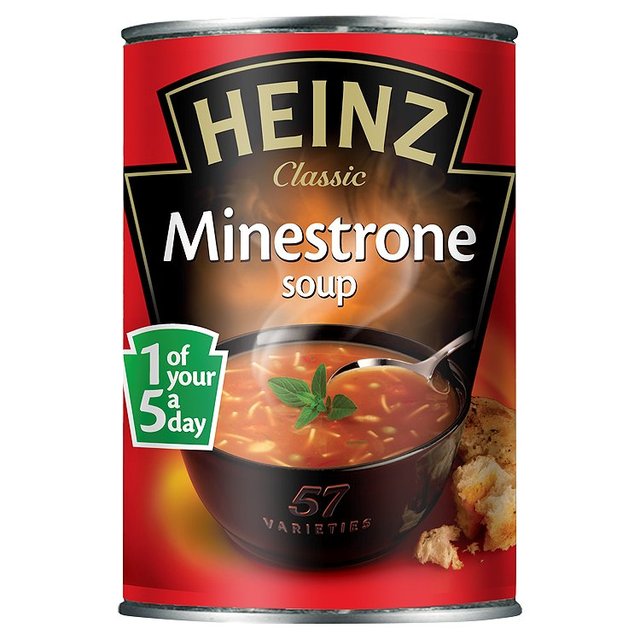 CCZF: So… you’ve just created a separate category there Tom. Unorthodox but welcome.
What are you listening to at the moment?

TM: The window’s open… so… birds in territorial dispute, car whooshing, and some faint police sirens. I’m someone who can’t type and listen to music at the same time.

CCZF: You once talked of an Antiques Roadshow based comic. What is it and why haven’t you made it yet?

TM: Errr… to explain to readers, that chat was about about how I love the reaction faces of the people who crowd round and lurk in the background. I did an animation based on them, while at art school… we talked about potential for a zine or something, but there’s currently too many other projects to revisit. I can’t promise my alternative choices of publication production will be able to match the visual reward of the excited elderly.

CCZF: Have you Submitted a comic to Tim Bird’s Rock and Pop Various Artists? https://variousartists.wordpress.com

TM: I haven’t! I think I’d struggle to think of a musician whose still stuck with me. Music seemed so important as a teen, now my disconnection with it only seems to echo the sentiment of a hollow existence.

CCZF: Sort yourself out Tom for God’s sake. Stop making excuses. We know where you live.
If you had to recommend a comic/graphic novel/zine for a 11 year old what would it be?

TM: Stan’s!!! I love Stan Miller’s comics and I think they lay out absolutely everything a kid needs to see and know. 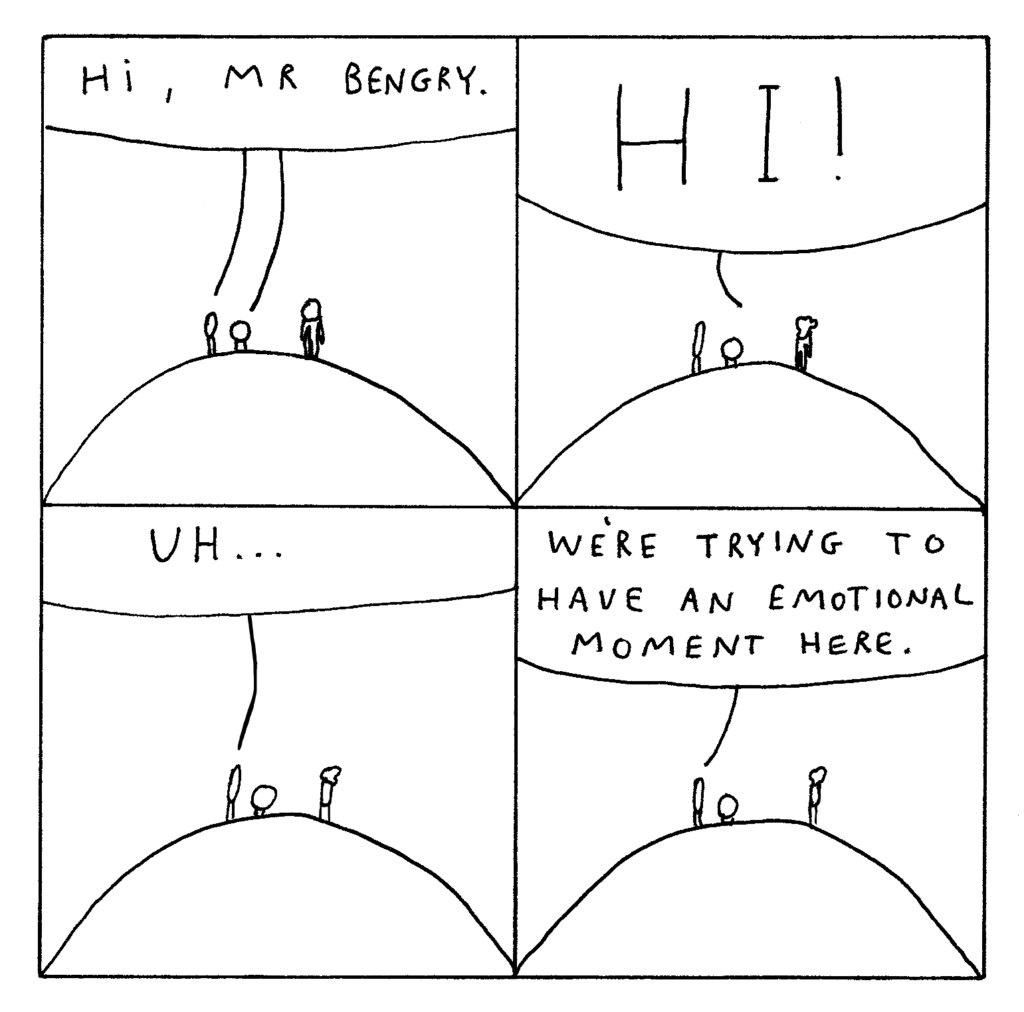 One of the girls I teach really enjoyed Kim Clements’ Rabbit Thoughts too. Not sure what else to recommend. 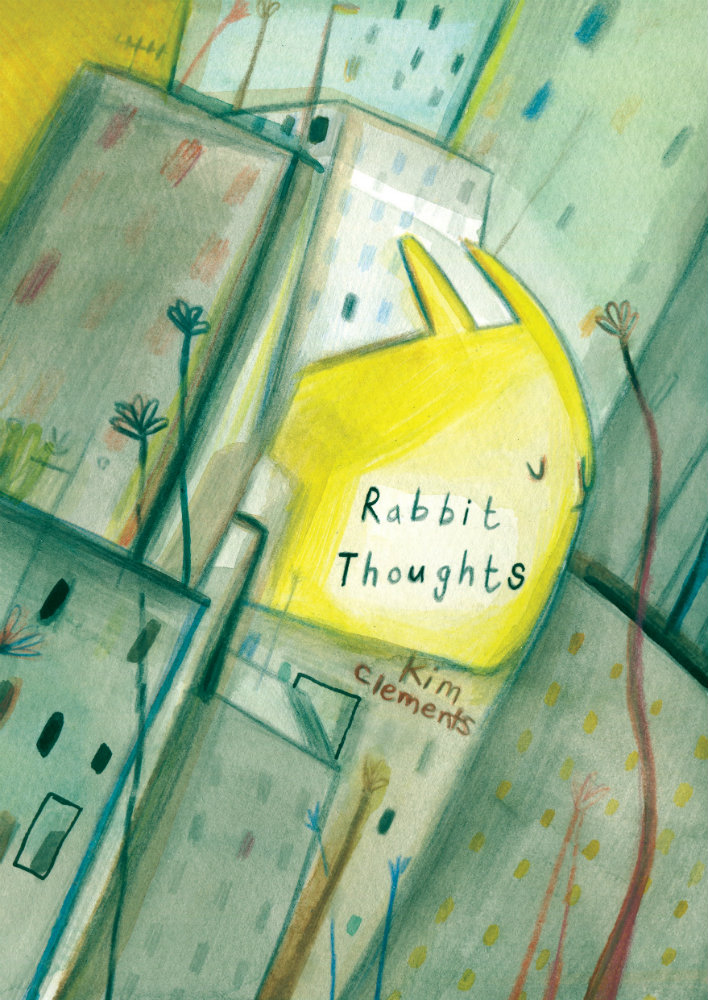 Actually Kids usually have good access to illustration heavy books in their school libraries. If you’re after crossover names, then I usually spy a Dave McKean / Neil Gaiman title (“Crazy Hair”, usually). Actual comic wise I’ve recently seen Nobrow’s Hilda by Luke Pearson in there and I’ve heard it goes down well. Or nip down the town library and see if they’ve got some Asterix? 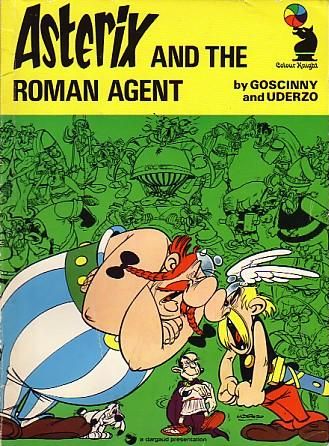 One of the frustrating things about working with kids, is knowing all the relevant inspirational material out there that you can’t show them. I usually work on an individual basis and show kids cropped examples that are relevant to where their work is heading. It’s important we protect children from swearing in schools, so they find it extra rewarding to shout them out at home.

CCZF: Kim Clements made our favourite comic of this year. Jitsu. Sublime. 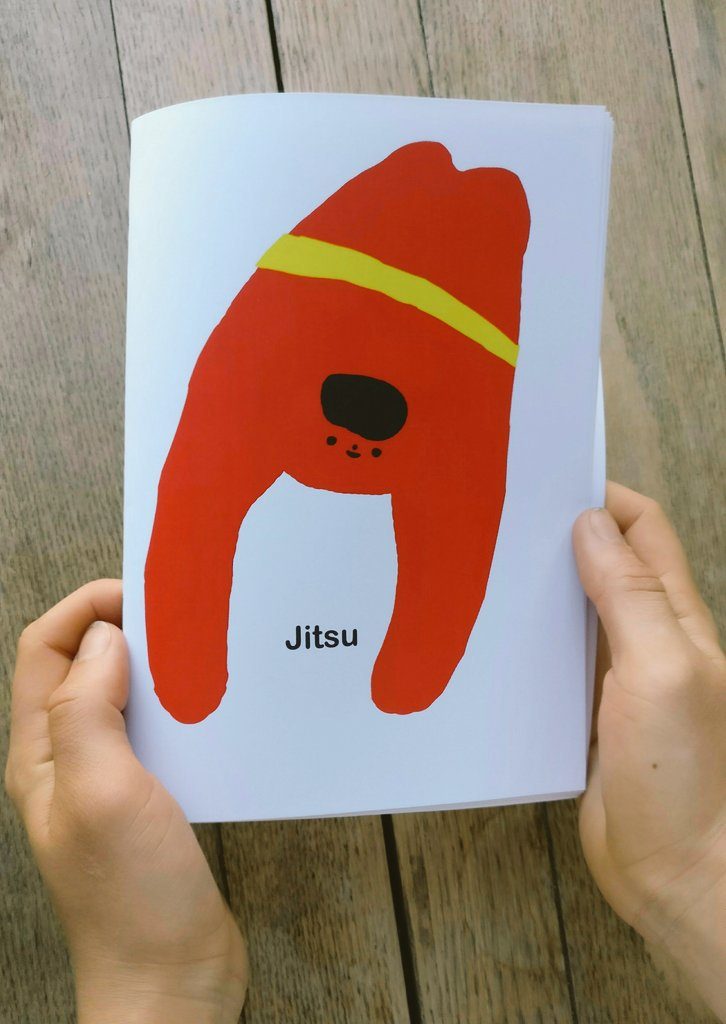 We have some Clements based breaking news to reveal later today…
What are you working on at the moment Tom?
TM: I’m leaping between various projects, some personal and some for others. Nothing going public just yet. Leisure wise, because I work so much on a computer, I’ve been doing sketchbook drawings of people from various junkmail catalogues.

CCZF: Sounds lovely.
What advice would you give to somebody starting out in comics?

TM: Full on narratives can be a slog. You might love a character as a concept, but after twenty pages you’ll resent them and all human life. I’d go for a four page submission to an anthology. Dirty Rotten Comics would be my go to – but do a bit of research to see if they match your tone / approach. Zine making is also a slightly more relaxed set up, you can play with the creation process a bit more. If you’re fumbling to find what’s floating about the UK small press scene, Broken Frontier and Down the Tubes are usually the go to review sites. I’d also recommend the Awesome Comics Podcast for introductions… Vince, Dan and Tony get stuck in, they’re down to earth, and honest – it’s a welcome perspective.

TM: Errr….. I think so
CCZF: Marvellous. Thanks Tom. See you on Sunday!

You can meet Tom and buy his wonderful creations this Sunday at the Catford Comics and Zine Fair at the award winning Blythe Hill Tavern.

Brothhood Of Man
Good Things Happening
2022
Oil and enamel on board
DM for info on how to buy
Memories of childhood discos. The earworm that will not go away Save Your Kisses For Me won the 1976 Eurovision and was number one for a lifetime.
#brotherhoodofman
#eurovision