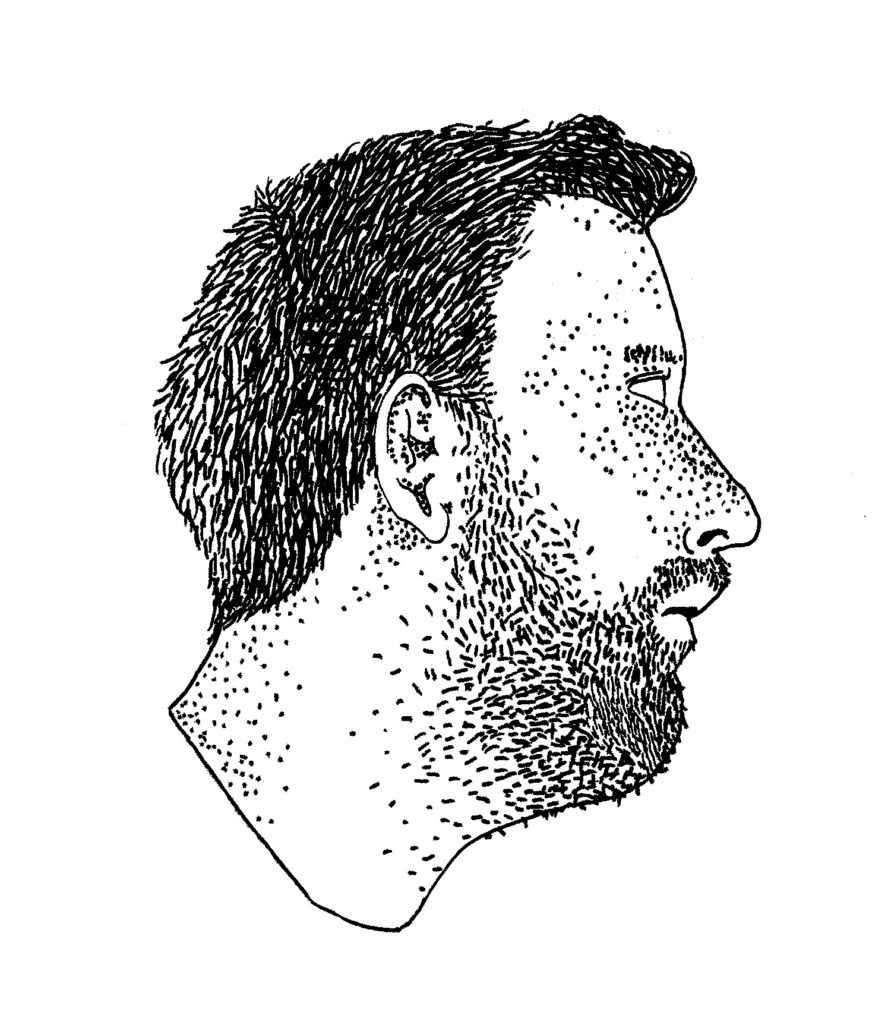 CCZF:  Hi Tim, what are you doing right now?
TB: Sitting outside Paddy Power in Forest Hill waiting for the picture framers to open. They called to say I could collect a painting I wanted framed, but they’re closed. (The painting’s by my mum). There’s a sign on the door saying back at 12. It’s 12:30. I seem to spend a lot of my life waiting.

CCZF: Oh dear. Hope it’s ok.
How long have you been doing comics and art and stuff?
TB: I’ve been drawing comics and cartoons since I was a kid, but was unaware of the self publishing scene until I visited Thought Bubble in 2010 (my wife wanted to meet Becky Cloonan). That inspired me to start a webcomic (It’s A Bird’s Life, RIP) and submit short comics to anthologies. The first anthology to include my work was Tiny Dancing (RIP) issue 6 in 2011.

CCZF: So it’s all Mrs Bird’s fault.
In order of preference, what are your three favourite soups?
TB: Pea and ham, carrot and coriander, tomato 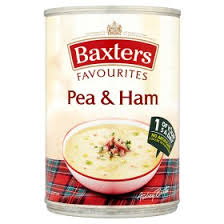 CCZF: Surprisingly, that’s a the first mention for carrot and coriander. Controversially that sends pea and ham into the number one spot. You can’t pin that one on Mrs Bird.

What are you reading and listening to at the moment?
TB: I’m reading A Naked Singularity by Sergio De La Pava and listening to a lot of folk music. I really like Stick In The Wheel’s first album From Here. The last comic I read was I’m Not Here by GG. 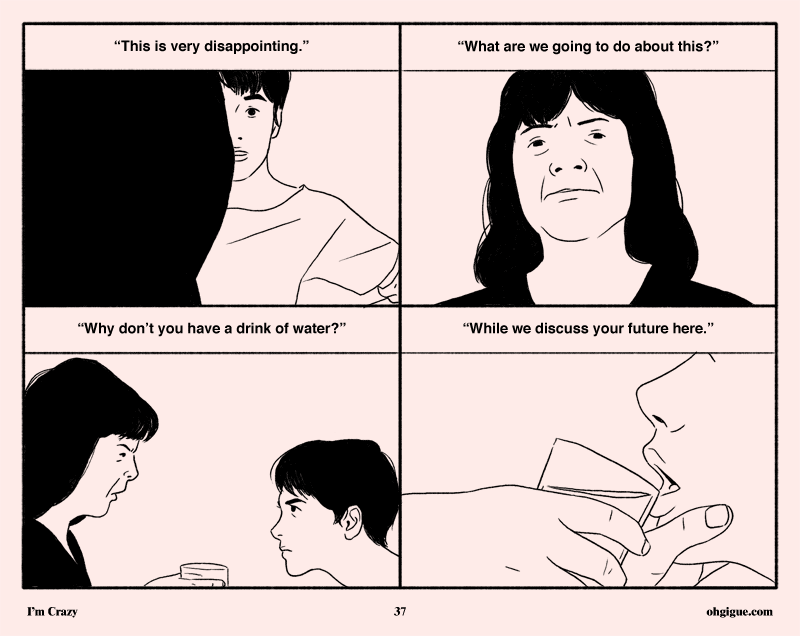 CCZF: Wonderful stuff. If your on a folk thing may I recommend the recent film ‘The Ballad of Shirley Collins. It tells the story of her journey to the Deep South with Alan Lomax and then lost the ability to sing. Heartbreakingly beautiful stuff and what a voice. Interesting talk with the directors  here. 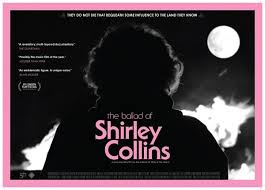 TB: Shirley Collins was the start of this recent folk interest. I’d like to see the doc, but rarely get to the cinema – hopefully it’ll be out soon on dvd.
CCZF: I’m reliably informed the DVD will be out in the spring. We reckon you should treat Mrs Bird with a trip to the cinema Tim. It’s on at Picture House Central in January.
TB: I’ve also been getting in to Alasdair Roberts music. Then some weirder stuff that’s not really folk, but inspired by old folk singers – The Pattern Foms, Belbury Poly, The Advisory Circle – all on Ghost Box Records. 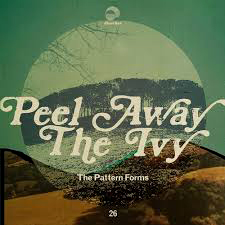 CCZF: The boy Stan are big fans of Ghost Box Records. Focus Group’s latest record from them is top drawer.

We really enjoyed your ball-by-ball retelling of Ronnie O’Sullivan’s 147 break at the 1997 Snooker World Championships – ‘The Rocket’. Did you send Ronnie a copy of the book?
TB: Thanks! I did send him a copy, but didn’t get a reply. I’m half expecting a cease and desist order to be sent through. 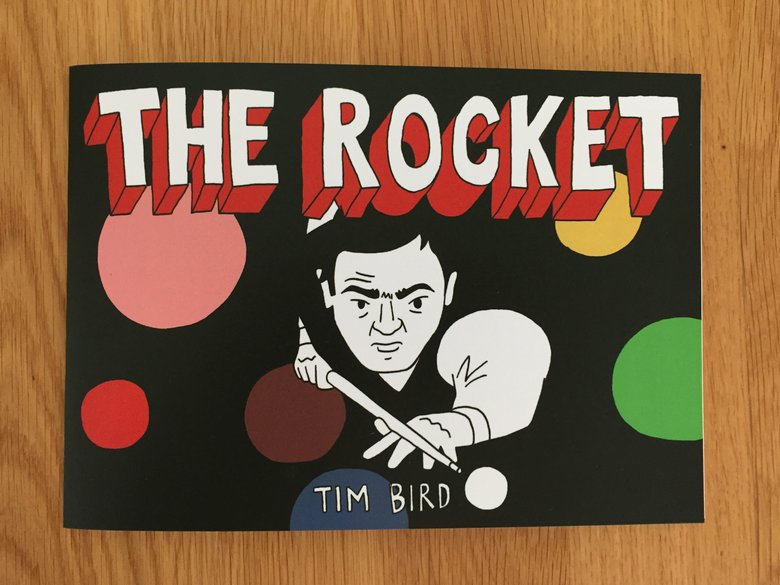 CCZF: You don’t want to get on the wrong side of Ronnie O’sullivan.
I went to watch the Masters once at Wembley. Fascinating. Whilst there we witnessed the now disgraced snooker player Stephen Lee buying and immediately eating a pie from a corner shop. We stood transfixed. 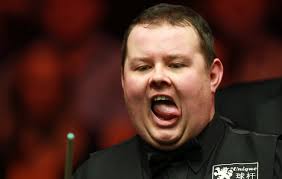 CCZF: Tell us about your Rock and Pop Various artists compilation and how people can get involved.
TB: Rock & Pop started as a webcomic. I drew a series of one page comics – each one about a different song that reminded me of a moment in my life – and eventually compiled them into a comic that I published in 2016. I’m looking for people to send me their comics which I’ve been uploading to http://various-artists.co.uk  – you can read all the submissions there and find out how to submit your own work. I’ll collect them into a printed comic at some point.

CCZF: It’s a brilliant idea Tim. Stan and I really enjoyed coming up with our submissions. If you’re reading this and you haven’t done it yet, why not?
If you had to recommend a comic/graphic novel/zine for a 11 year old what would it be?
TB: A City Inside by Tille Walden 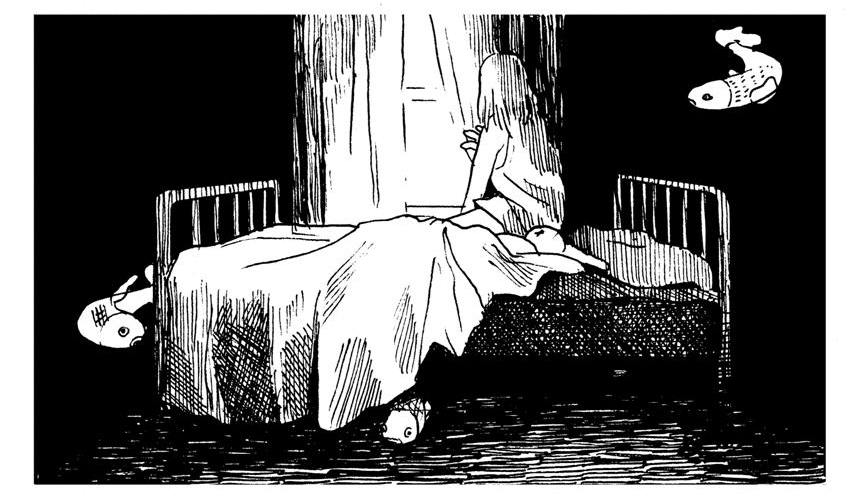 What are you working on at the moment?
TB: I’ve had a bit or a break from drawing since my son was born – it’s been difficult to find the time – but recently started drawing a comic about the Great North Wood. It’s an idea I’ve had at the back of my mind for a couple of years. Hopefully it’ll be finished early next year. I’m also trying to figure out an idea for a comic based on a chess match between Garry Kasparov and Anatoly Karpov. 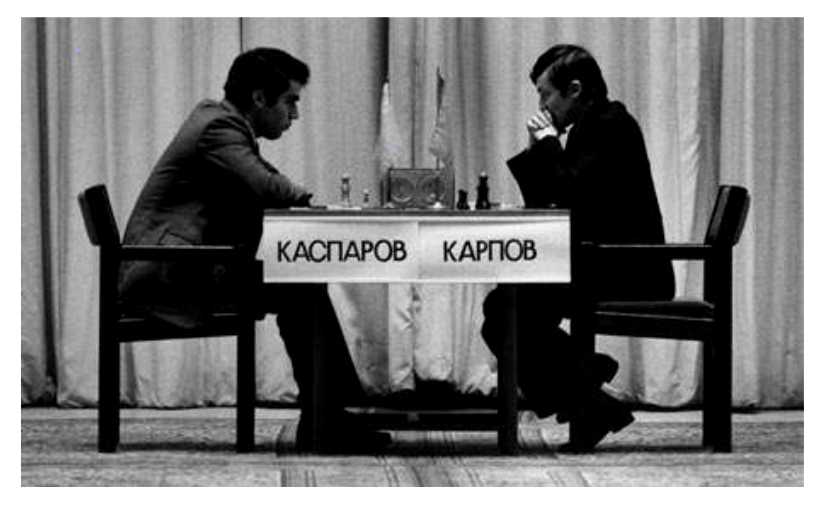 CCZF: Comics and chess! You’re on to a winner there.
What advice would you give to somebody starting out in comics?
TB: Share your comics with people even if you’re not completely happy with them. Putting them online or sharing them with friends is a good way to see what works and what people respond to. When I started drawing comics it gave me a buzz to get feedback and inspired me to keep making comics.

CCZF: Top quality advice all round.
Do you know how to get to the Blythe Hill Tavern?
TB: Not off the top of my head. I’ll be coming to the zine fair straight from my daughter’s birthday party so may be a bit flustered!

Bring us back a bag of Harribos. Sour cherry.
Thanks Tim. See you on the 10th.

Leonard Cohen
Songs of Leonard Cohen
Oil and enamel on board
2022
DM for info how to buy
The debut album by Canadian poet Leonard Norman Cohen from 1967. What a voice. So many great songs on this record. Suzanne, Sisters of Mercy, So long Marianne to name 3. #leonardcohen

In case you missed the new Line of Duty🚨 Easter special 🥚