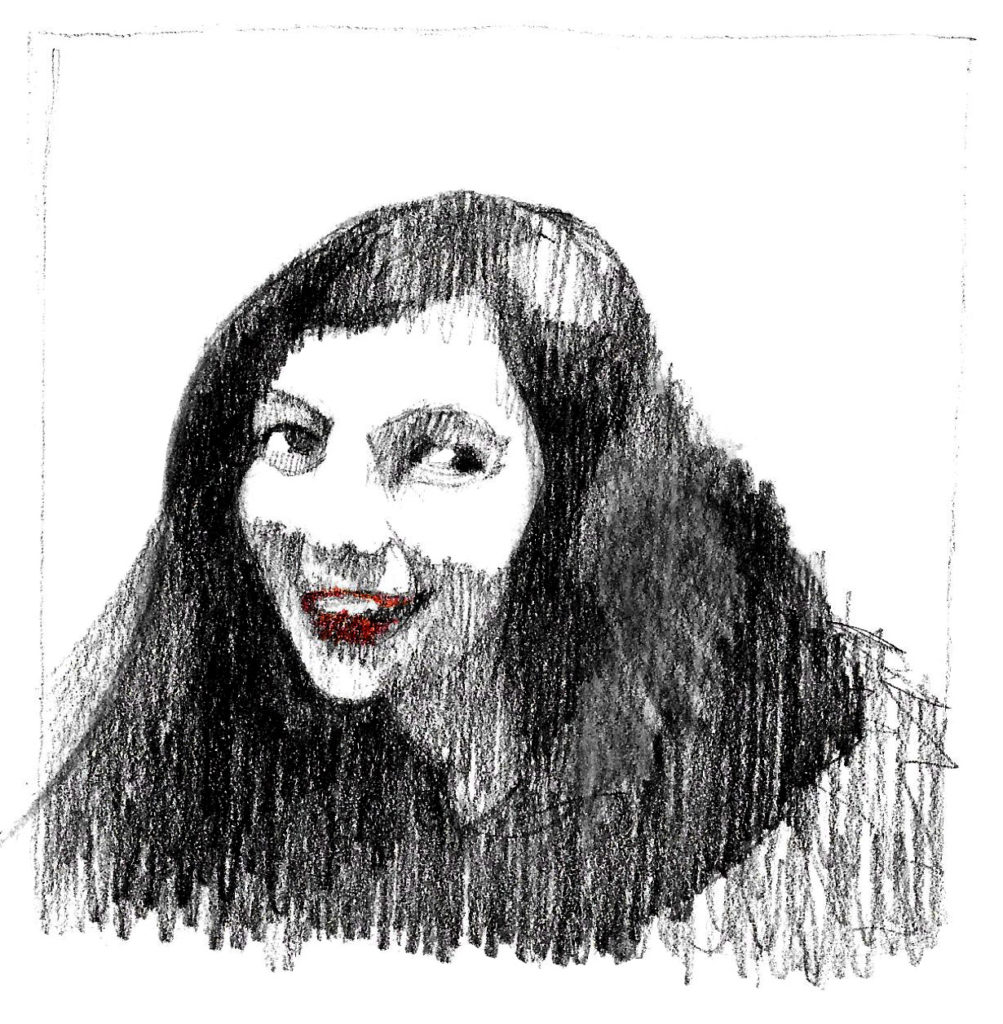 CCZF: Hi Danny, what are you doing right now?
DN: I’m in a stand off with a mean gas fire that’s farting noxious fumes into my home and doing little else other than warm my left knee.
CCZF: Blimey. That’s probably because you live in a caravan to be honest though Danny.

How long have you been doing comics and art and stuff?
DN: I’ve been drawing since as long as I can remember. I used to draw all over my bedroom walls and it was really tricky cause it was wood-chip and my ma n pa didn’t even tell me off!
CCZF: Parenting of the highest order! Any Parents reading this? Let your kids draw on the walls. Produces intelligent, talented and creative off spring.
DN: I made weird sort of picture diaries but it wasn’t til about 2004 when I really began making comic strips. And then another ten years before I started really waving them about in people’s faces

CCZF:In order of preference, what are your three favourite soups?
DN: Number 1 soup is Gazpacho soup which first came to my attention as a joke in Red Dwarf, and is a VERY different kettle of fish to tomato soup which is the devil’s business.
CCZF: Controversial. Tomato is in the joint number one spot along with pea and ham.
DN: Number 2 is Spinach and Nutmeg if it’s done right.
CCZF: Noted.
DN: Number 3. Smoked Haddock Chowder which is probably actually number 1 and I’m going to have to find a way to make it with vegetable lard now.
CCZF: Because you’re vegan?
DN: Yep.
CCZF: Me too. Can’t move for ruddy vegans.

What are you reading and listening to at the moment?
DN: I’m reading about 7 books and 5 comics and getting nowhere fast. Twitter and the internet have turned me into a no attention span phone junkie. It’s disgusting. I’m disgusting. The main book I’m not reading is IT. Stephen King is a genius. 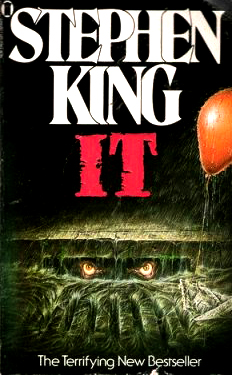 CCZF: Stan read The Mist the recently. Terrified.
Then I took him and his sister to see the new IT at the pictures. Traumatised. 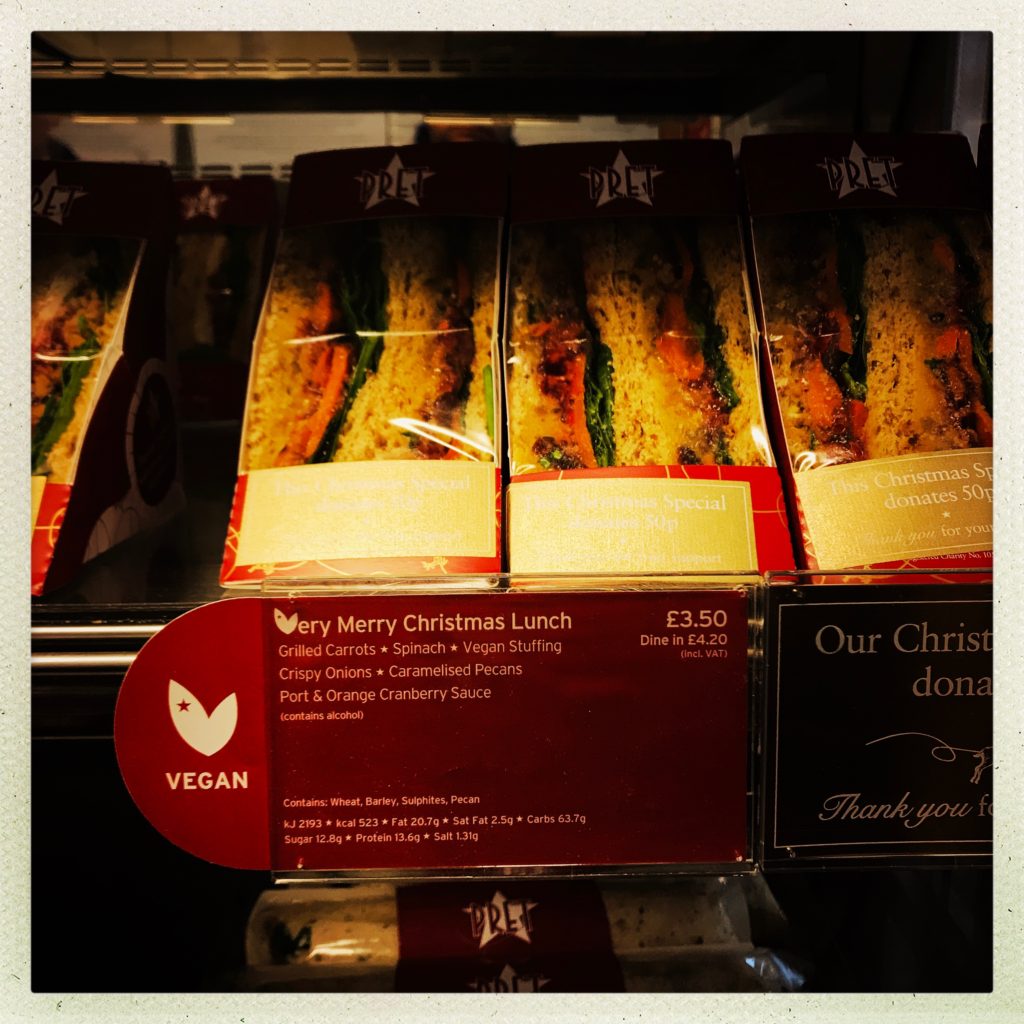 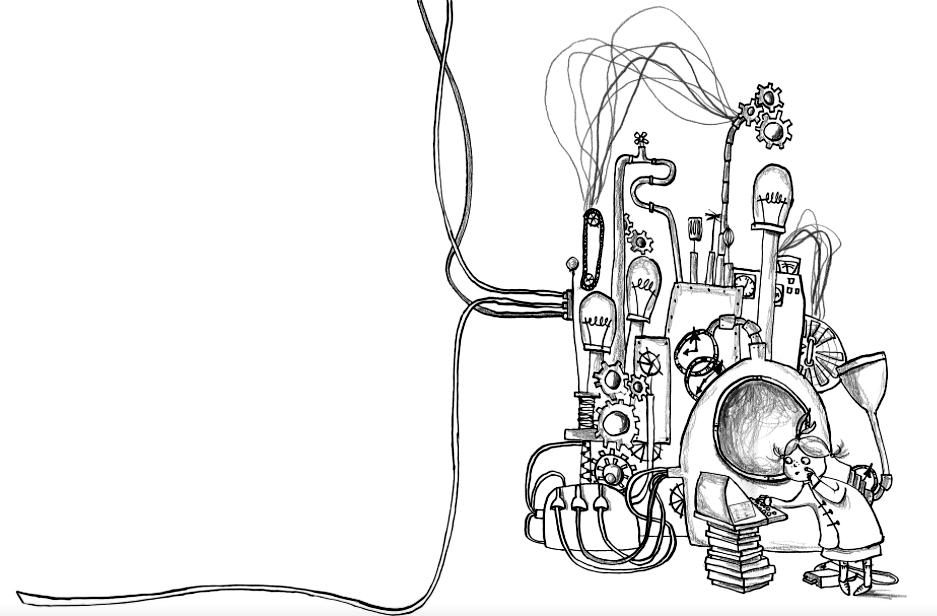 You recently brilliantly illustrated Adrian Edmondson’s book ‘Tilly And The Time Machine’ after he famously spotted your wonderful drawings on Twitter. 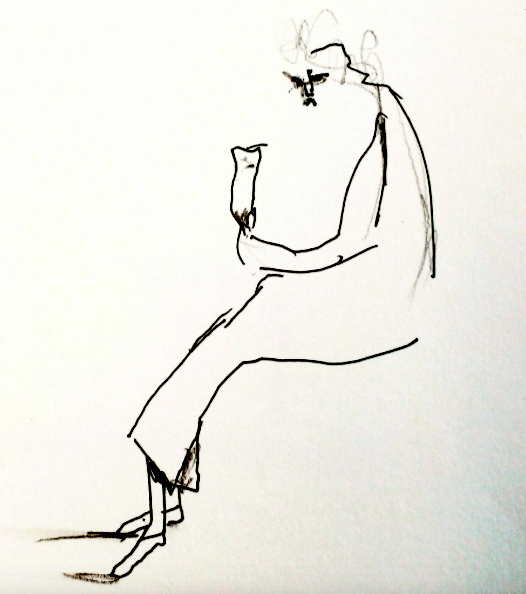 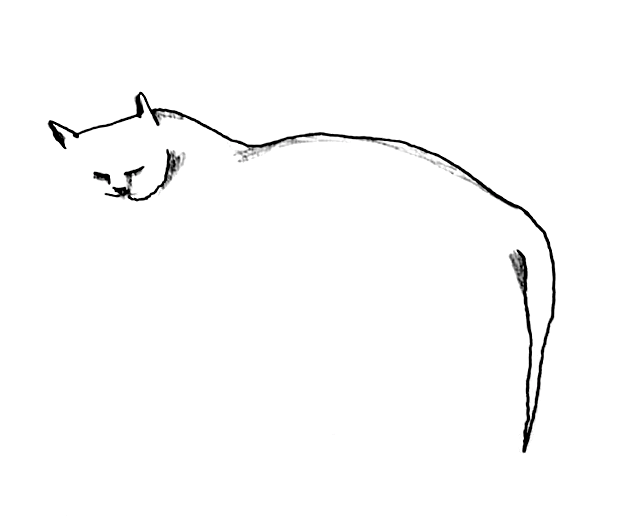 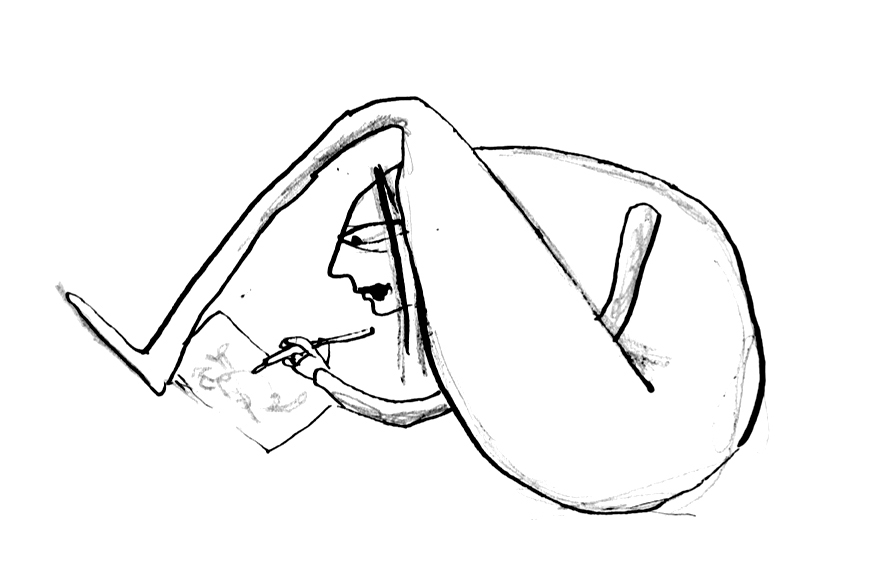 We’re not surprised he spotted you. The drawings you post are beautiful.
How was all that then?
DN: It was amazing! I felt like the luckiest girl in town! I’m not very great at collaborating, mostly because I can’t shut up about my own self with my own words.
CCZF: That’s what I’ve heard.
DN: But to work with one of my childhood heroes was the weirdest kind of wonderful. 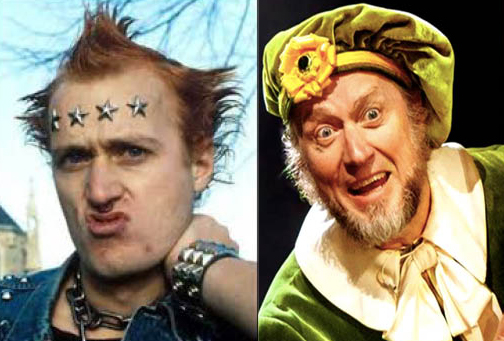 CCZF: The man is a legend.
I see he’s appearing as Malvolio in Twelth Night at the RSC at the moment. We should go.

Have you seen the Oliver Reed film ‘These are the. . . the damned’?
It is one of Douglas Noble’s favourite Hammer films.
DN: I have seen These are the …..the damned. Bonkers and great.
CCZF: Is Douglas Noble a relative?
DN: Ah! Cousin Noble, as I like to call him, is no relative, but he did recently tell me he booked into a hotel for a comic festival and there’d been some confusion because another D. Noble was booked in there…..but it WASN’T ME!
We’ve yet to discover the third D. Noble of the comics world but they are out there somewhere.
CCZF: It was probably Tim Bird.
He goes up and down the country impersonating  other comic makers.
God alone knows why.
DN: That cheeky Bird! A fake Noble! What a thing!
CCZF: What is your favourite Oliver Reed film?
I like him in the Joan collins vehicle Venom. Here’s the trailer. It’s a corker.
DN: There’s a question! Whether he’s being smouldering, wolfy and menacing, or flatulent and camp he is ridiculously watchable. Even in his worst films or when he’s not bothering to act you cant take your eyes off him. I think I’ll have to go for Women In Love as the chemistry he has with Alan Bates inspired the last couple years of my work. 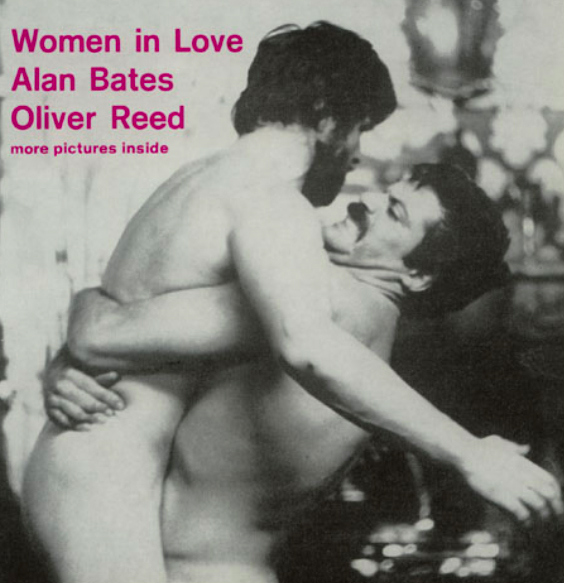 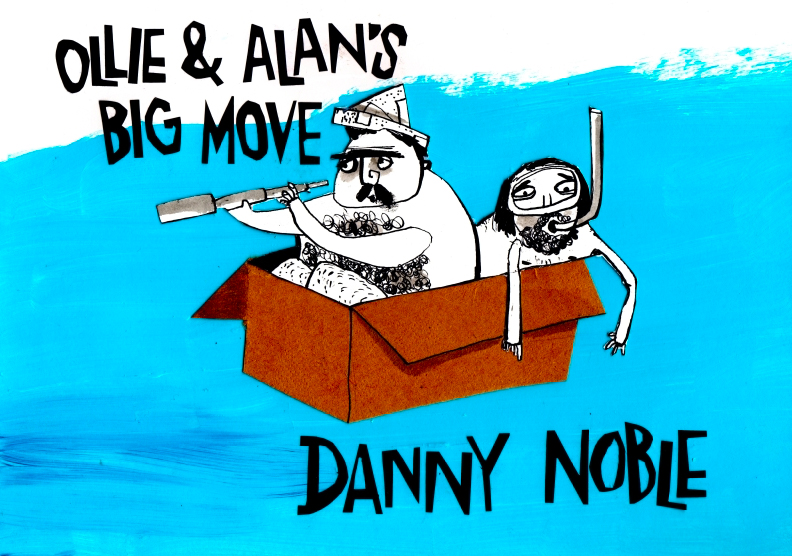 I must give Venom a watch. You’re well into your Joan Collins vehicals aren’t you!
CCZF: Hold on. I’ve misremembered Venom.
There is no Joan in Venom. It does have Klaus Kinski and Susan George though.
Notable quotes include ‘Could you tell me just how dangerous very dangerous is?
The most dangerous snake in the whole world. That dangerous’. 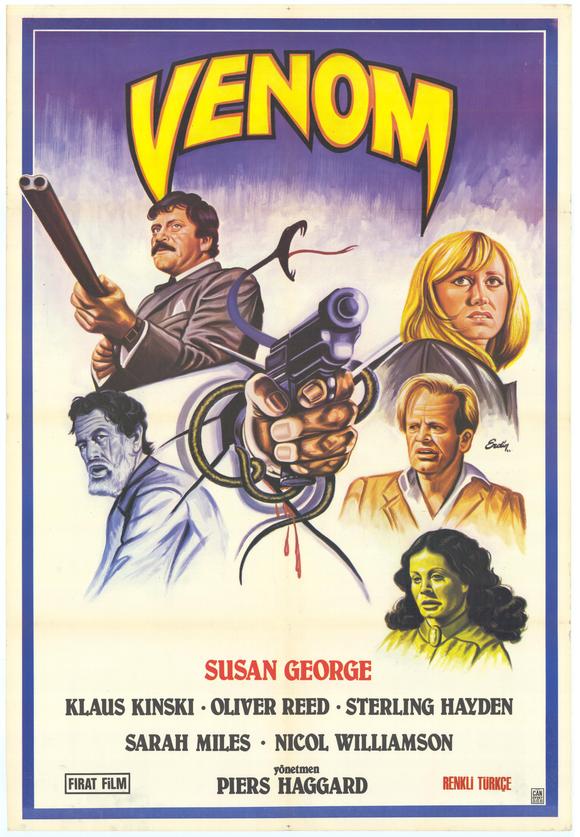 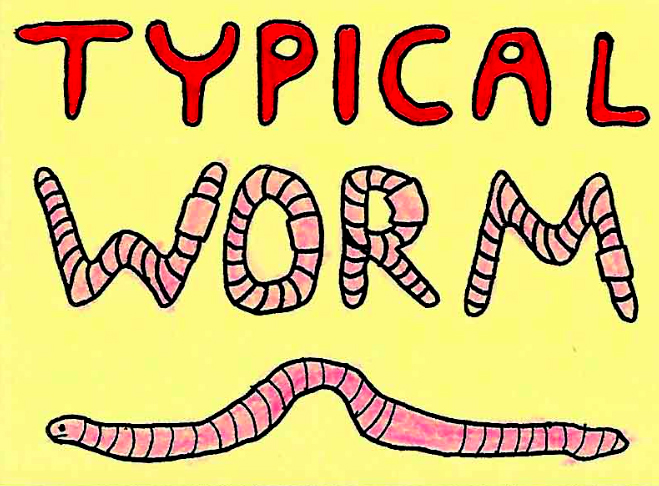 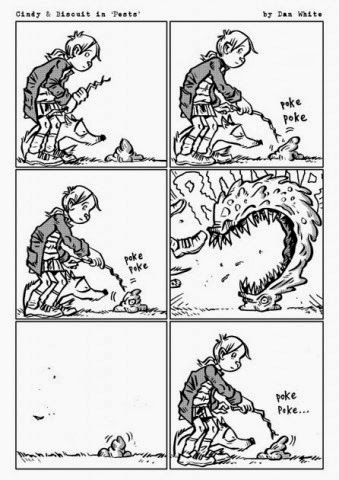 What advice would you give to somebody starting out in comics?
DN: I’d say roll your sleeves up, get stuck in, get covered in ink and crayon and coffee and all sorts and show it all around town. If it stops being fun, have a break, go sit in a cinema for a while, or jump in a pond, and then back to it 10.

CCZF: Solid advice Lady Noble
Do you know how to get to the Blythe Hill Tavern?

DN: Not a clue. I was going to do the Dirk Gently method of finding someone who looks like they know where they’re going and follow them.
CCZF: Fingers crossed then. See you on the 10th.

You can meet Danny and buy here wonderful drawings and comics at the Catford Comic and Zine Fair on Sunday December 10th at the award winning Blythe Hill Tavern.