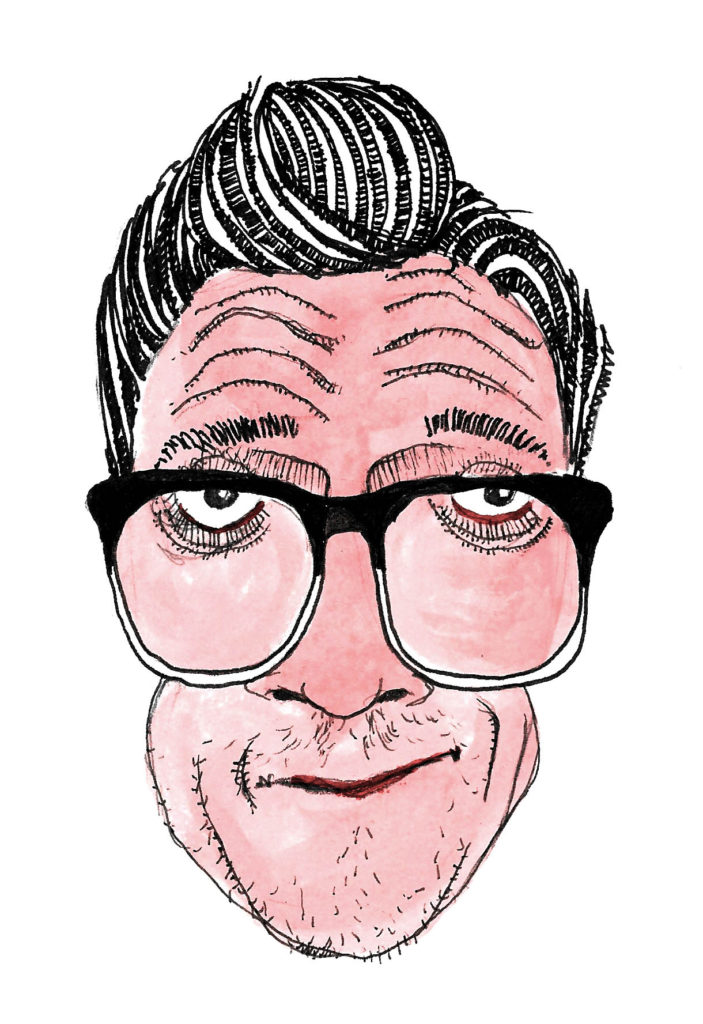 CCZF: Hi John, what are you doing right now?

JR: Hi the Millers, I’m on my lunchbreak at the BBC. I’ve momentarily suspended my ongoing attempt not to have a real job by… having a real job. I’m doing maternity cover for a year in BBC Pictures, where we commission and collate publicity photos of all your favourite Beeb programmes.

JR: It’s not as glamorous as it sounds, but on the plus side today is pay day and I’ve just eaten a delicious chicken curry, which is the thing the BBC canteen does best.

CCZF: How long have you been doing comics and art and stuff?

JR: Ever since I was a lad. I used to draw on bits of computer paper, kneeling on the floor, which meant I was always going through the knees of jeans. As a ‘grown-up’ I’ve been occasionally getting paid to draw illustrations since the early 2000s. I drew a weekly comic strip for Time Out called William Blake, Taxi Driver from 2007-9 and Dan Cox and I started our musical, psychedelic, soap opera comic Hitsville UK in 2010 (I think). We’re six issues in with the seventh and final issue to come in 2018. 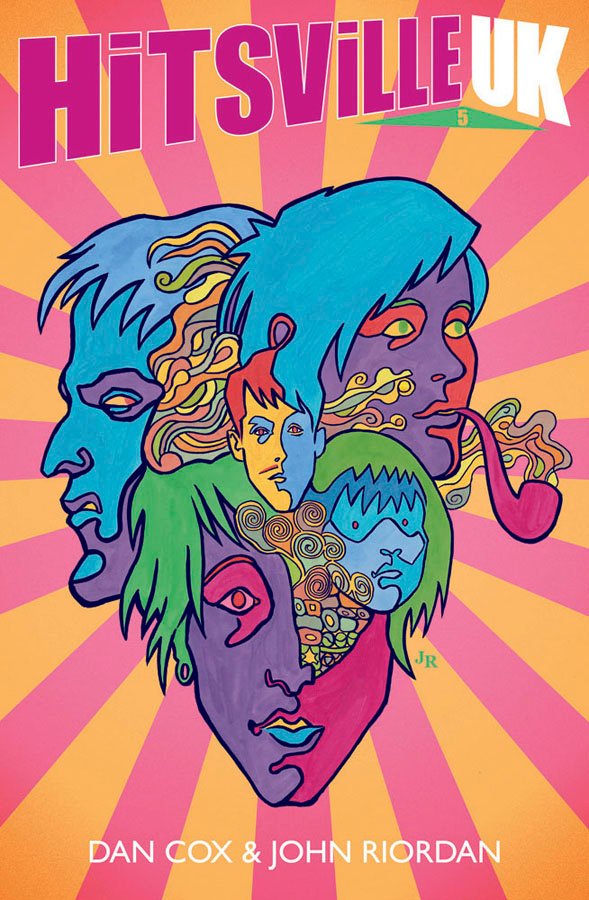 CCZF: In order of preference, what are your three favourite soups?

JR: Good question.
CCZF: Thanks.
JR: I’m very partial to a tomato and lentil concoction, although it’s best to make sure you’re not in an enclosed environment with strangers afterwards. Then I’m going to say any kind of Thai noodle affair, followed by trusty mushroom.

CCZF: What are you reading and listening to at the moment?

JR: I’ve been reading Alexander Gilchrist’s Life of William Blake for about a year (!) but I’m sure I’ve read other things recently. 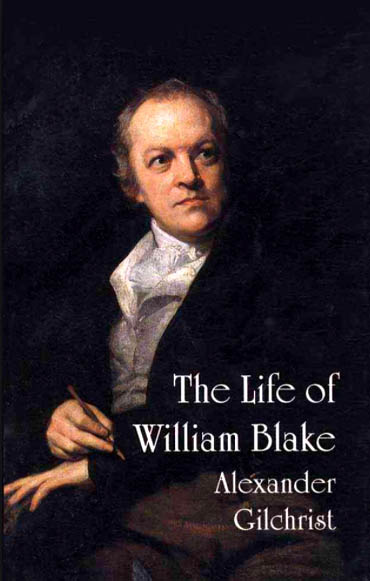 Oh, I finally got round to reading Alasdair Gray’s Lanark and a book of his short stories, 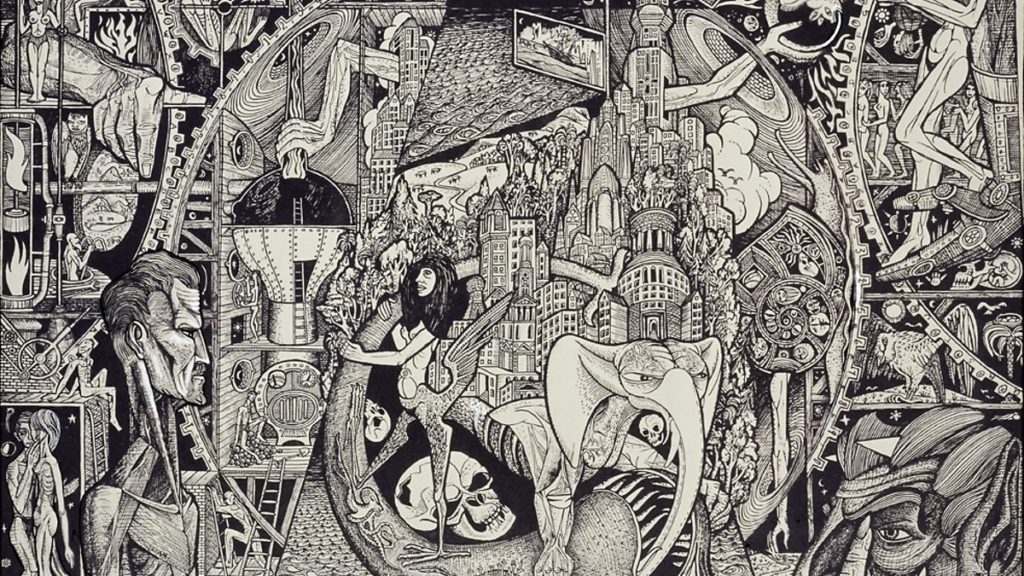 and another book of short stories, including Don’t Look Now, by Daphne du Maurier. 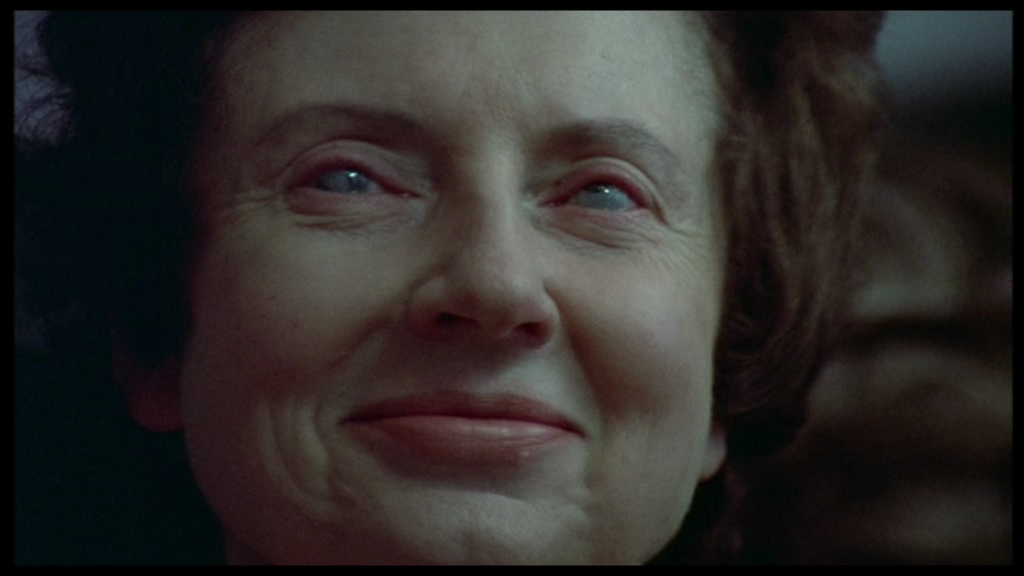 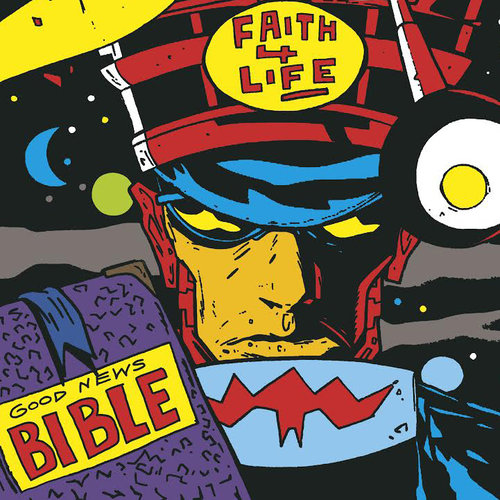 JR: What am I listening to at the mo? Mainly the set list for the next outing of my occasional covers band. Highlights will include Geno (me on trumpet), Son of a Preacher Man (the wife on vox) and a 1950s medley. I also went to see Father John Misty the other day, who was great. 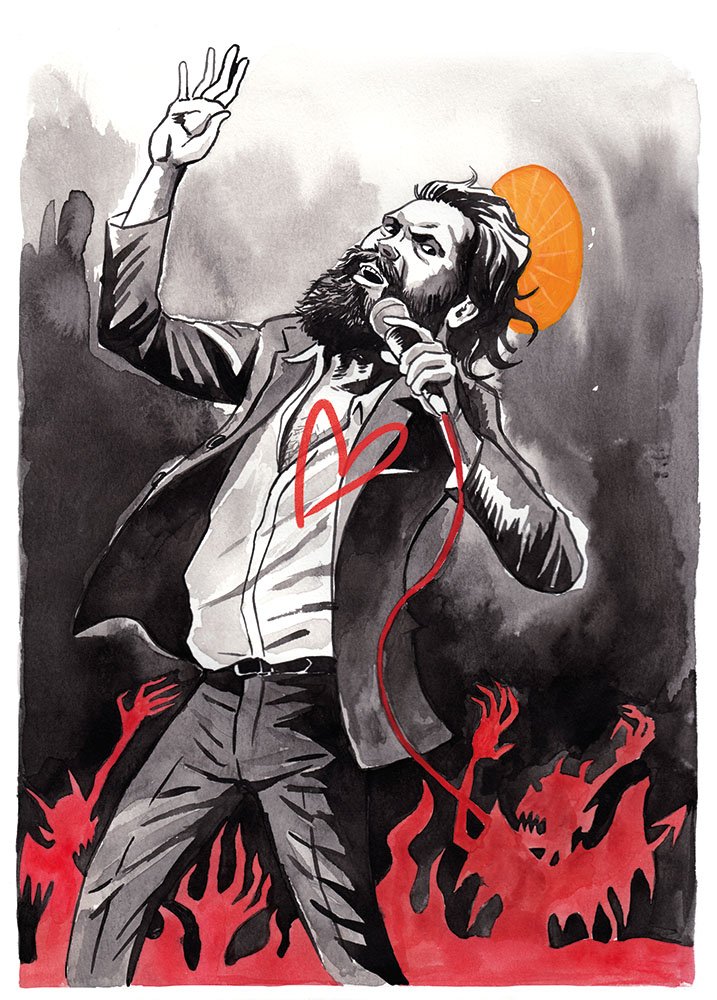 CCZF: On a scale of one to 10 how how physically attracted to Father John Misty were you?
JR: Hmm I’m gonna say 8. It would have been higher but he was quite far away and my wife was with me.
CCZF: Noted.
Breakdown Press are producing some of the best comics out there at the moment.
Antoine Cosse’s Showtime is a work of real beauty. 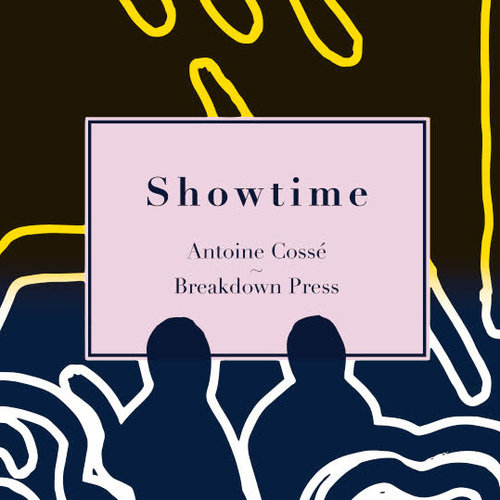 CCZF: Being brought up on a healthy diet of John Peel and Andy Kershaw we still get a lot of our music from the radio.
6 music’s Gideon Coe and Tom Ravenscroft and Fool’s Paradise on WFMU is particularly good .
Wish Mr Kershaw was still on the radio.
Are you a radio fan John?
JR: 6 music all the way for me. Gideon Coe (natch) 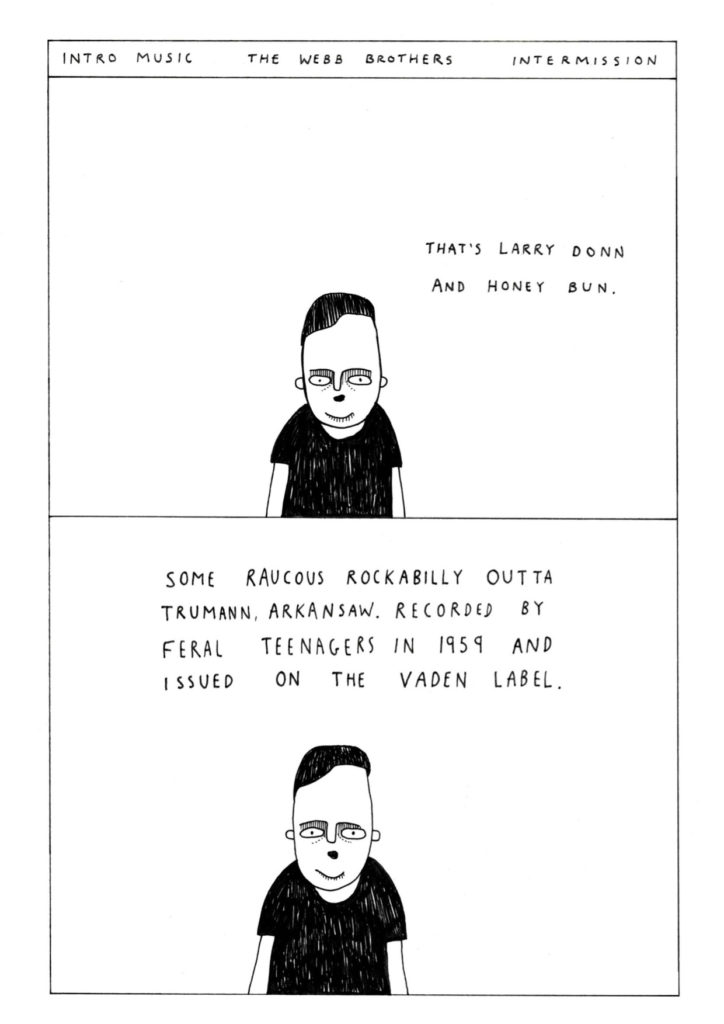 Marc Riley, Radcliffe & Maconie, Cerys Matthews and Lauren Laverne. And when she’s on, the wonderful Katie Puckrick. There are two DJs on the station who make me reach for the off-switch but on the whole I think it’s a modern marvel and to be cherished.
CCZF: Could not agree more. It is a wonderful, wonderful thing.

Hey . . .have you Submitted a comic to Tim Birds Rock and Pop Various Artists? https://variousartists.wordpress.com
JR: No
CCZF: Jesus John. Why on earth not?
JR: Because I am an idiot.
CCZF:Yep.
JR: I really should, cause it’s great, isn’t it?
CCZF:It’s fantastic.
JR: I did write and draw a book of indie bands and musicians last year called Sound and Vision.
CCZF: That’s still no excuse.
JR: It turned into a bit of a labour of love, with illustrations and biographical ramblings on 100 artists from 1970s to the present. 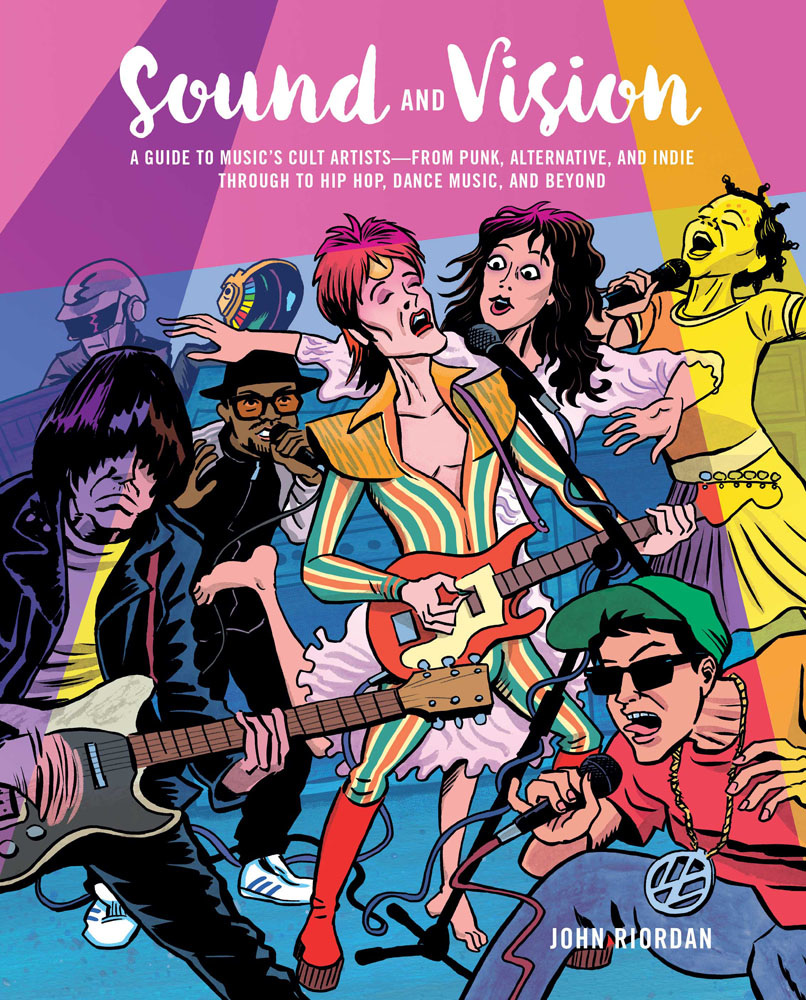 CCZF: If you had to recommend a comic/graphic novel/zine for a 11 year old what would it be?

JR: Without a doubt, Cindy and Biscuit by Dan White (AKA The Beast Must Die of Comics and My Two Dads podcast Silence!).
It’s about a lonely girl called Cindy and her canine best friend Biscuit. 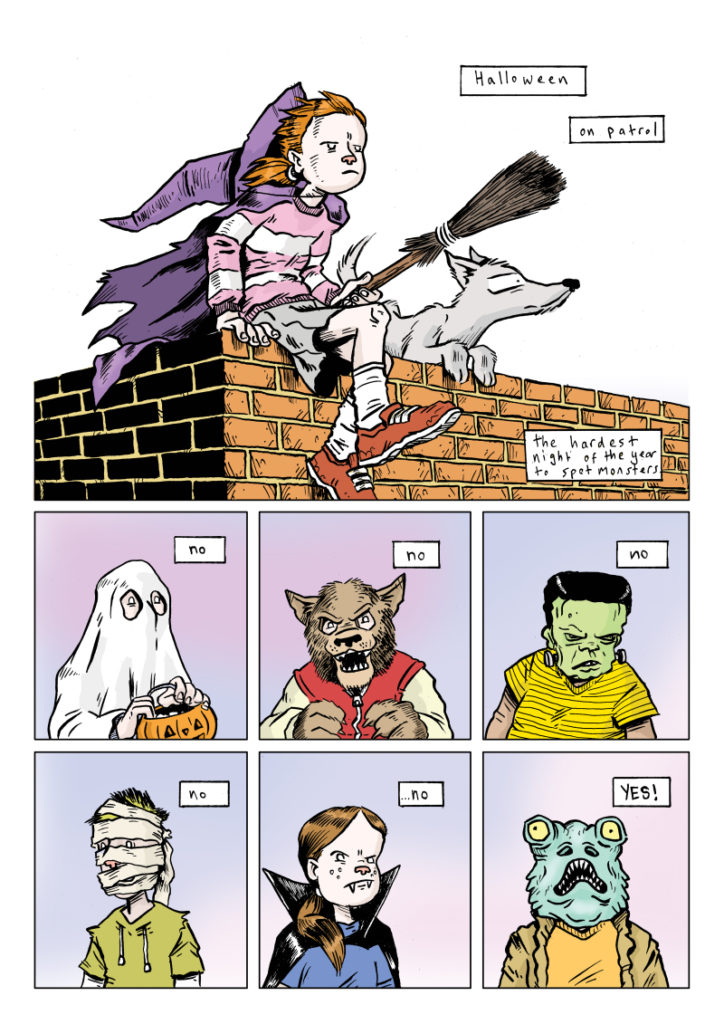 Together they wander the spooky woods near their house and kick the arses of monsters and aliens. It’s action-packed, funny and emotional, and suitable for all ages from 7 to 700, available from Gosh, Orbital and Dan’s website.

CCZF: Cindy and Biscuit has been the most recommended comic in these interviews.
What are you working on at the moment?

JR: Theoretically I’m drawing the seventh and final issue of Hitsville UK. We’ve written the script but erm, I haven’t actually started yet. Slightly more pressing is the imminent arrival of my daughter, currently codenamed Splodge. Fatherhood looms like a… looming thing.
CCZF: Noted.
Let the good times roll.
JR: I’m also trying to figure out how to do a comics biog of William Blake, but what with everything else that’s taking ages, hence taking a year to read Gilchrist’s book.

CCZF: What advice would you give to somebody starting out in comics?
JR: Crikey. On the one hand I would say just go for it, and have fun. But the other more puritanical side of me wants to say, learn how to tell a story from panel to panel. Nothing puts me off a comic more than a good idea being wasted because I can’t tell what’s going on.
CCZF: Go easy on them John. They’re only starting out.
JR: Sorry.

JR: No, when I  agreed to take part I thought that it was a pub I’d been to, but now I don’t think it is. Send help!
CCZF: Nearest stations are Catford and Catford Bridge which are next door to each other, otherwise Forest Hill Station on the overground. Here is a handy map. 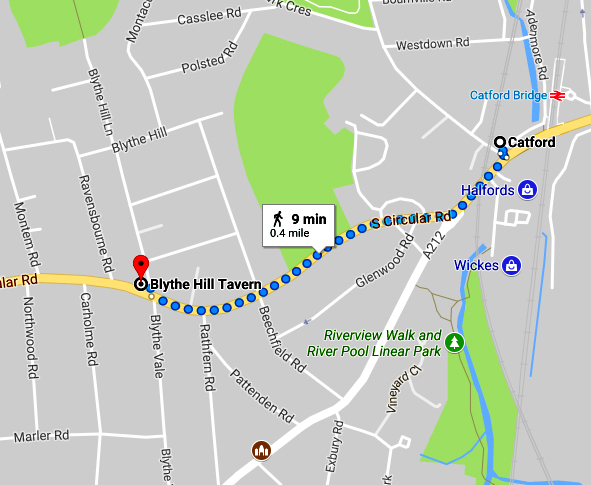 You can meet John and buy his wonderful comics at the Catford Comic and Zine Fair on the 10th of December at the award winning Blythe Hill Tavern.